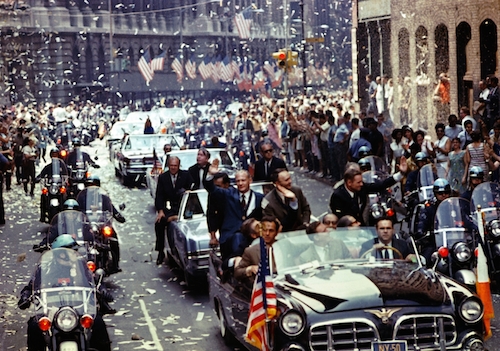 It only seems like yesterday when Wynnum declared independence and announced the move to Australia and the world at the same time as world leaders converged on nearby Brisvegas for the G20 meeting. Thanks to some international media coverage (well in Australia anyway), the news was broadcast to the world and now we have over 600 citizens and an aristocracy numbering, well, a bit less than that!

But no, it was not yesterday, and in fact we have less than 100 days to go until our first anniversary. The unfortunate thing is that, without natural resources or any form of taxation system, the Republic is probably going to find it difficult to scrape together a budget for a big celebration.

So we will put it out to our citizens and the residents of our great republic – how should we celebrate this momentous occasion? A tickertape parade? A giant waterslide? Or something completely different? Let us know what you think we should do. We’re all ears.

Image credit: https://en.wikipedia.org/wiki/Ticker_tape_parade PS these guys had to go to the moon to get this tickertape parade!