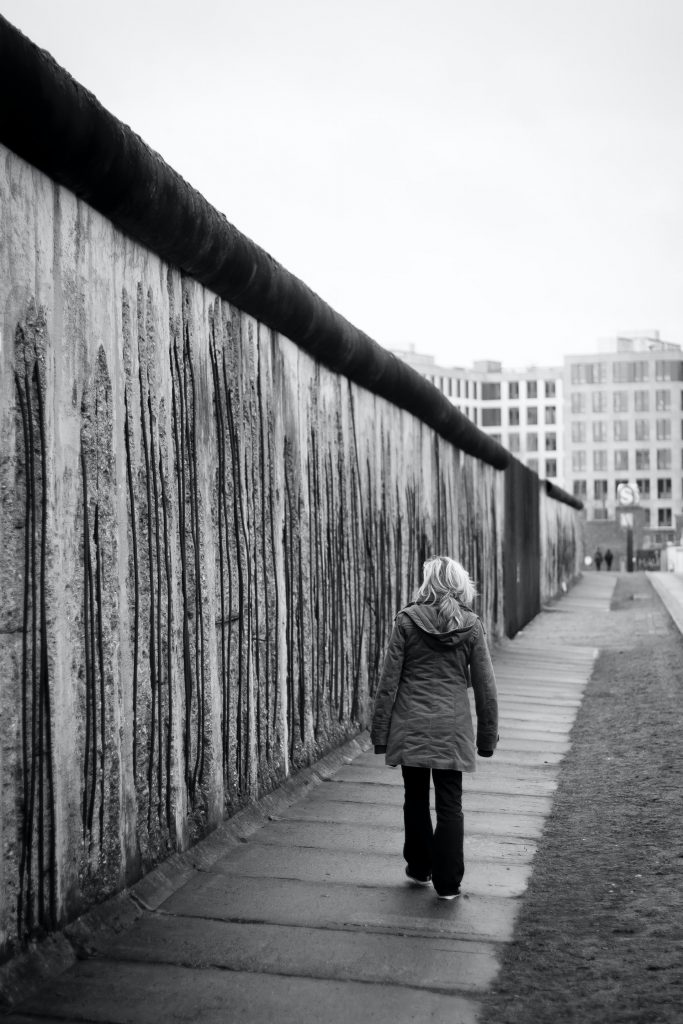 The problem is …that the Republic’s ‘census’ (the recent survey) is not compulsory. So it may not surprise you to know that we only had a 3.44% response rate. But – if you did take the time to share your thoughts with us – thank you!

Since unsubscribing from CNEWS is effectively a renouncement of citizenship in the Republic, we can report that 100% of our respondents were Citizens. Of these 63.6% still had their passport, but less than 10% were members of the aristocracy. So the People have truly spoken…

The least popular project proposed by the Republic was – perhaps not surprisingly as we had two Citizens responding who live across the border – building a wall on the border with Manly, which had an enthusiasm level of 4. Reassuringly, the next least popular project was RE-ENTRY – the notion of rejoining Australia, Queensland and Brisbane – coming in at 4.5 enthusiasm. Republic of Wynnum stamps and postcards did not seem to float many boats either and electric vehicle charging points didn’t have too many fans (yet).

At the other end the most popular project was a music focused weekend event in the Republic (at 9.2 enthusiasm level), closely followed by a similar event with a sustainable food/living focus (9.0).

Here is a brief summary of the relative popularity of all the proposed projects, plus comments we received on the pros and cons of living in the Republic, plus some further thoughts… 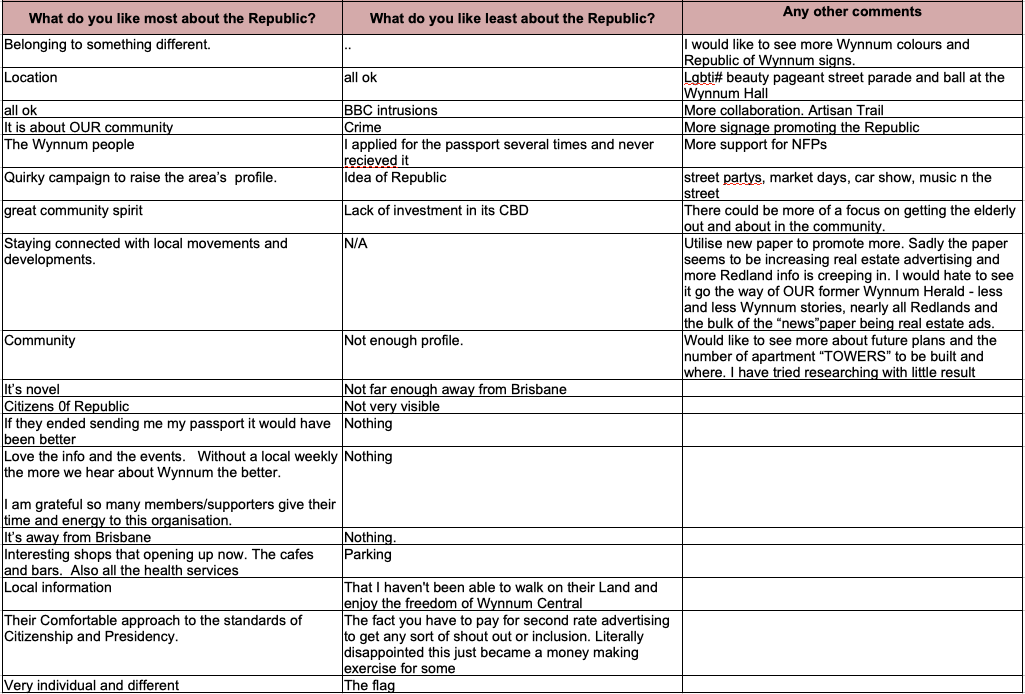