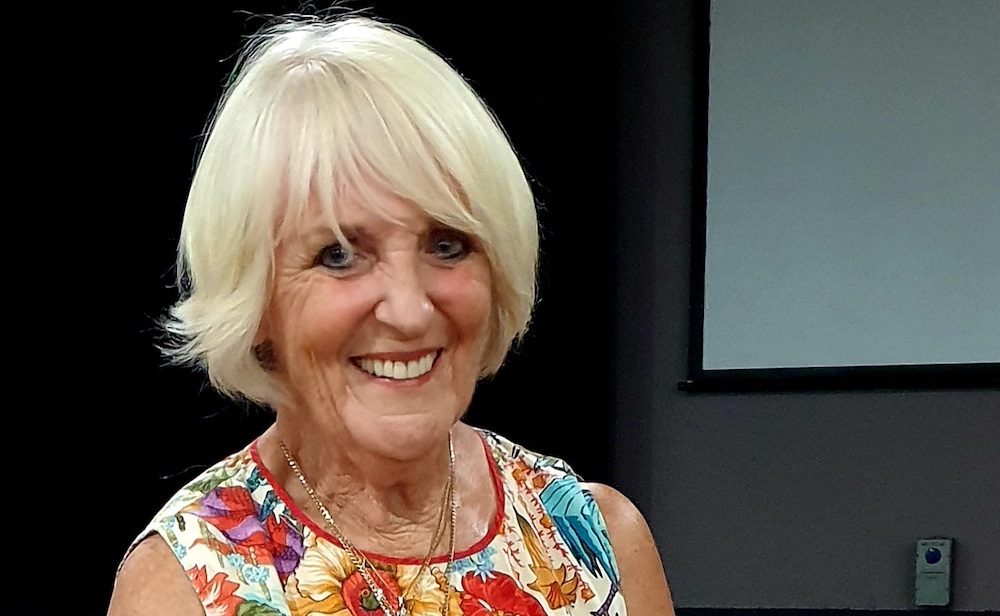 Raine & Horne Wynnum & Manly real estate principal Margaret Vote was recently awarded a Paul Harris Fellowship by the Rotary Club of Wynnum & Manly for her major contributions to the success of the Wynnum Fringe Festival last year and the year before.

“Margaret has been instrumental in helping the creative community in Wynnum grow and flourish and play a part in introducing Wynnum and Manly to the greater Brisbane community.” she said. “Being recognised as a Paul Harris Fellow is not about rich or poor, famous or unknown, but about how that person has in their own way made this world a better place to live, whether it is in the local community, nationally or internationally.”

The Rotary Club recognises both the efforts of its own members and members of the general public for their contributions and for ‘doing good in the world’.

Margaret received her award at the club’s final meeting of 2021 over a Christmas dinner at the Wynnum Manly Leagues Club.

“It came as a complete surprise to me,” said Margaret “and I was very moved that the Rotary Club gave me this award. When founder of the Wynnum Fringe, Tom Oliver, approached me to help him get the festival going I realised what a great event this would be for Wynnum and had no hesitation in supporting him in any way I could. He’s done a great job!”

Raine & Horne are Members of Wynnum Business and supporters of the Republic of Wynnum.